THE PARK AND THE BOTANICAL HERITAGE

The park of Villa Asquer extends over a surface area of approximately 23 hectares which has great cultural and landscape significance.

Francesco Morelli’s vision for the park was to create macro zones with exotic plant species from across the planet mixed into a typically Mediterranean landscape (quercus ilex and pinus halepensis). This resulted in 12 hectares are covered by pinus halepensis, quercus ilex, olea europea var. sylvestris and shrubs of the Mediterranean scrub (pistacia lentiscus, phyllirea angustifolia), with other areas reminiscent of Italian gardens feature native shrubs and fruit trees.

Immersed in this natural landscape are elements of historical and architectural note, several ornamental fountains, and artistic elements. The space features 2100 palm trees from across the world, which play a very important role as architectural elements for the “construction” of certain areas of the park. They belong to 24 different speciesand form a remarkable botanical, cultural and landscape patrimony. 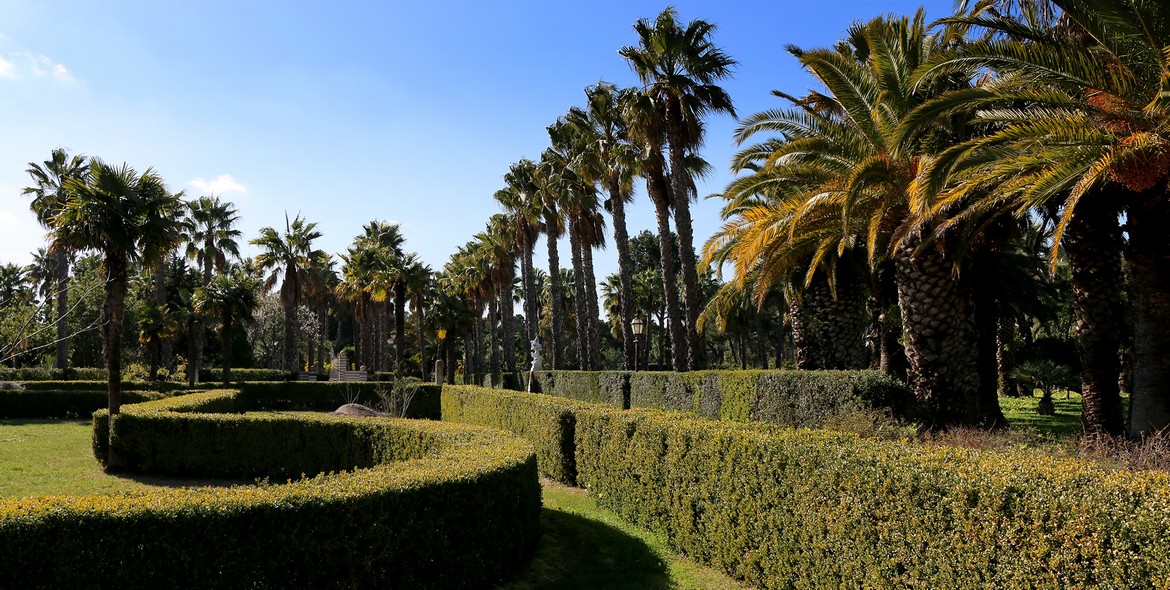 Such a vast and complex space requires constant professional maintenance in order to preserve its condition and its environmental and architectural resources – which would, if neglected, fall into disrepair – as well as to protect the company’s cultural and financial position.
The forest covers approximately 41% of the total surface

and can be divided into three sectors according to their appearance and characteristics.

This area has a surface of approximately 1 hectare and features exotic species from across the world alongside heliophytes and thermophytes typical of this region (Aleppo pines, holly oaks, wild olive trees, mastic trees, phyllireas, and Italian buckthorns). This combination results in a man-made forest that requires careful maintenance in order to preserve its structure, balance and appearance. It also allows plant species with different requirements and levels of adaptability to coexist, guaranteeing and continuously enhancing the forest’s maximum scenographic effect.

Covering almost 2 hectares, this forest is formed by an anthropic pine forest that was left to evolve pseudo-naturally. It is formed by trees, including Aleppo pines and holly oaks, and shrubs such as wild olive trees, mastic trees, phyllireas and Italian buckthorns, which are in keeping with the land and the climate of the area.
In 2015, the appearance and structure of the Mediterranean forest underwent a significant change due to a severe meteorological event that took down several trees and left part of the forest’s surface exposed. Following this event, a 3/15 tree planting intervention was carried out to introduce some new native trees (cork oaks, carobs, olive trees) and shrubs (strawberry trees, viburnum tinus) with the aim of increasing the quantity and variety of the existing species.

Spanning approximately 7 hectares, this is the most natural area of the property. This area was also affected by the disastrous event of 2015, which caused partial deforestation and drastically reduced the Aleppo pine tree coverage that characterized this area.

These three areas of forest have different maintenance requirements. The first area, which is crossed by three cobbled paths, is regularly watered in order to guarantee the survival of its many plant species. Constant watering promotes the spontaneous growth of other plants, which must be contained and managed so as not to compete with the imported species.

Maintenance interventions in the second and third areas are carried out as sparingly as possible and are limited to preserving the forests’ viability, removing dead trees and containing weeds. 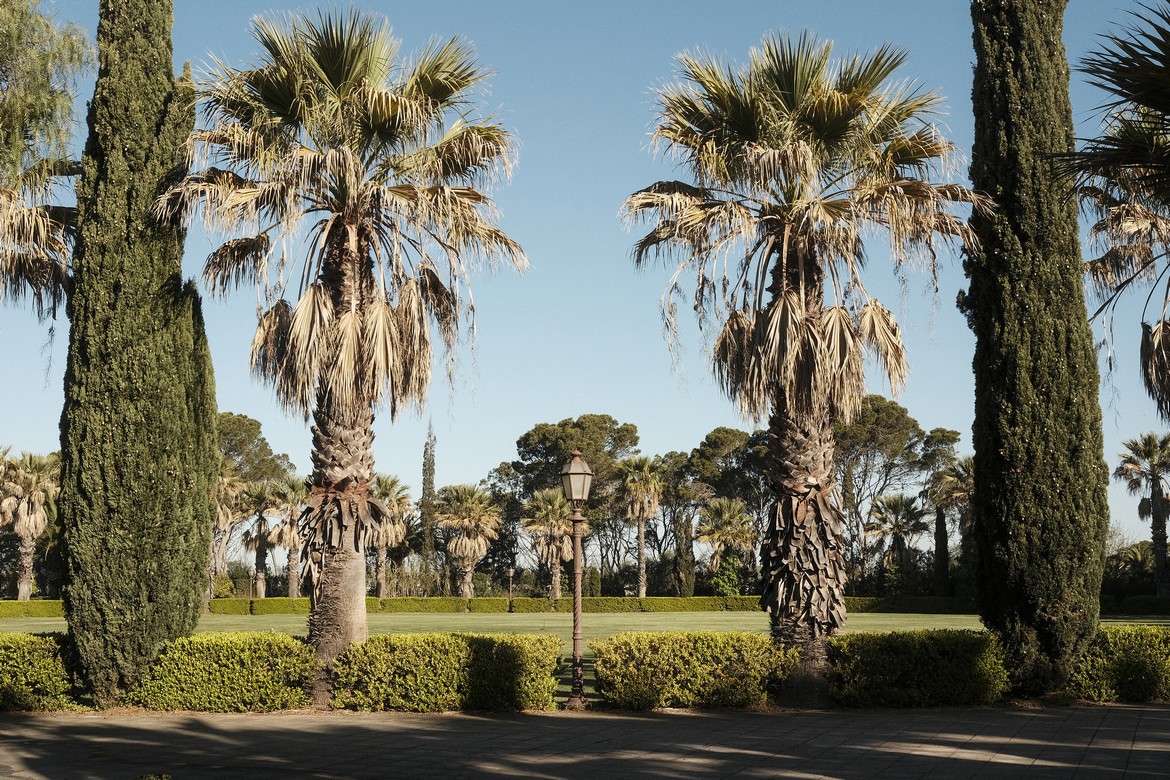 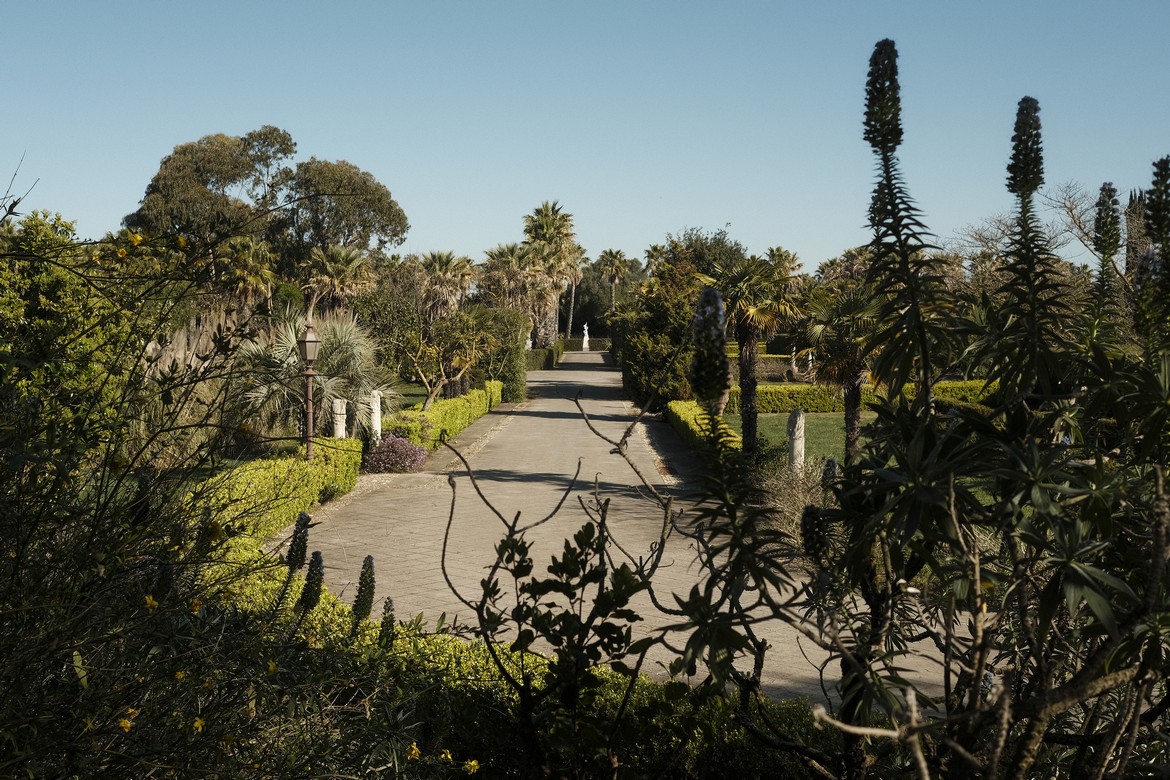 The gardens and green areas cover 8 hectares. Maintaining them correctly in order to preserve their integrity and health requires significant dedication. They include 4.5 ha of lawns, 10km of formal hedging of different heights and 2100 palm trees, as well as a vast number of trees and shrubs. This area also receives significant foot traffic. The gardens therefore require regular watering, fertilization, pruning, monitoring, disease fighting and weeding, as well as ongoing maintenance to preserve the appearance of foot traffic areas. 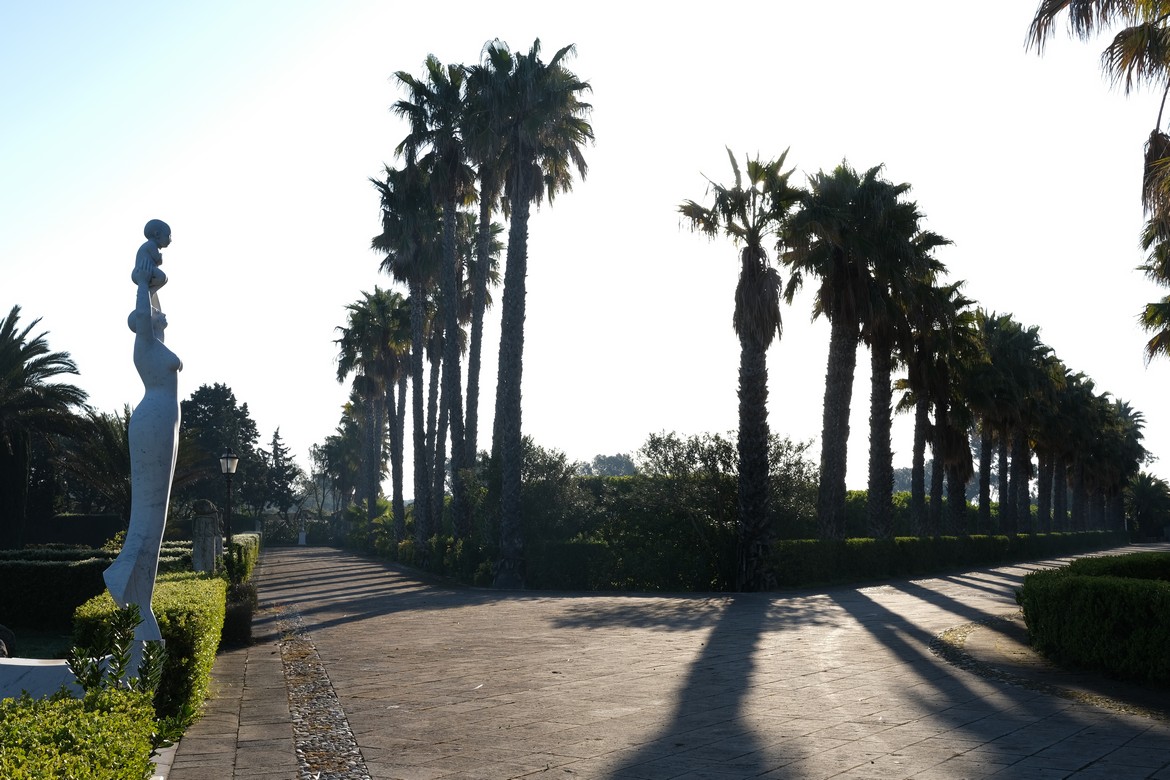 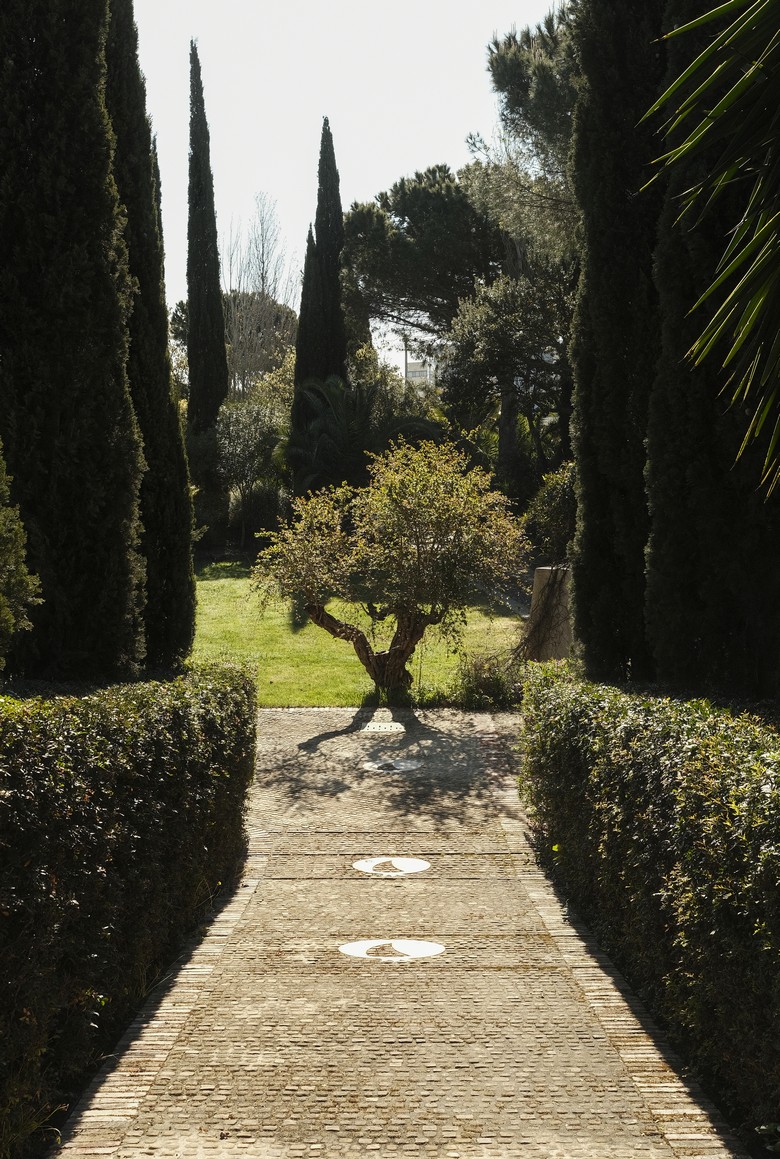 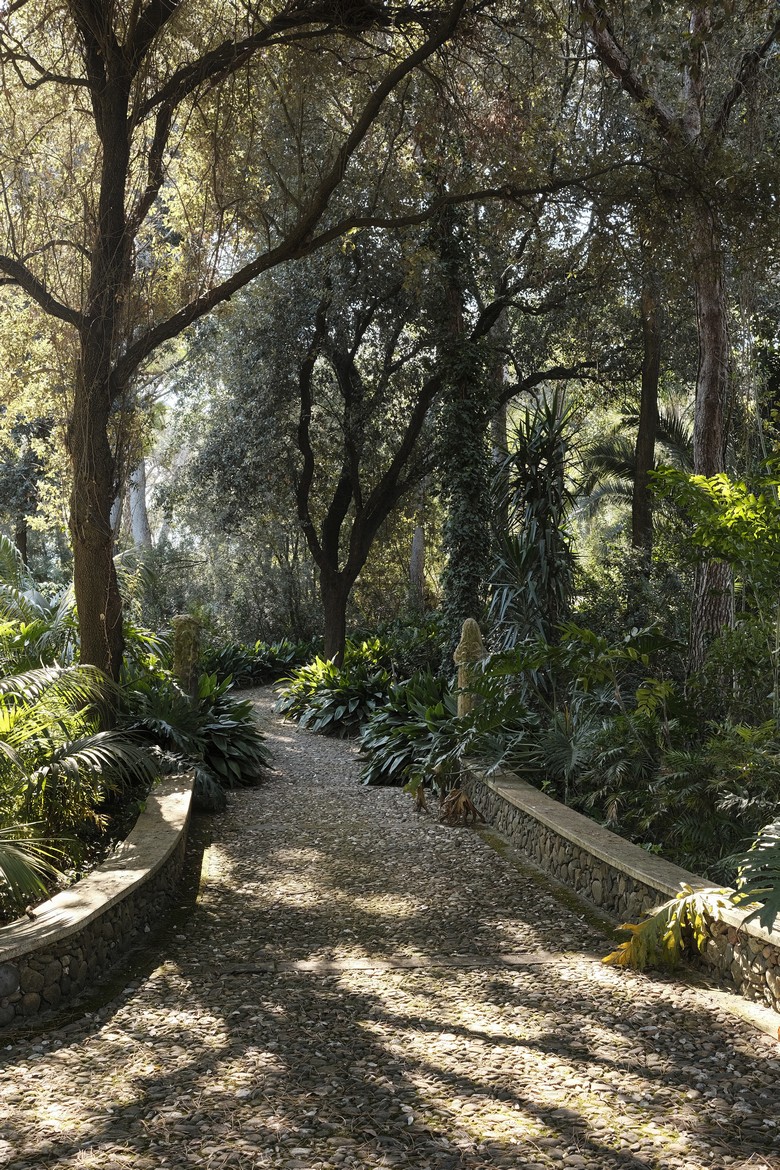 FIND OUT MORE ABOUT VILLA ASQUER 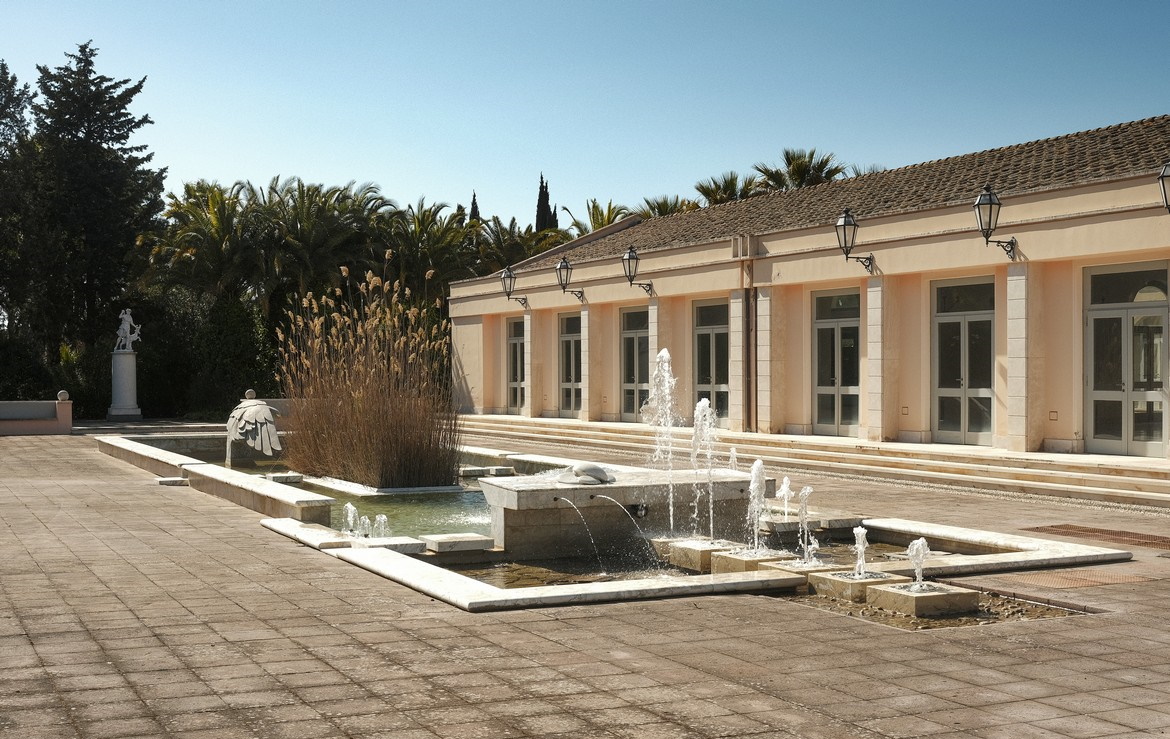 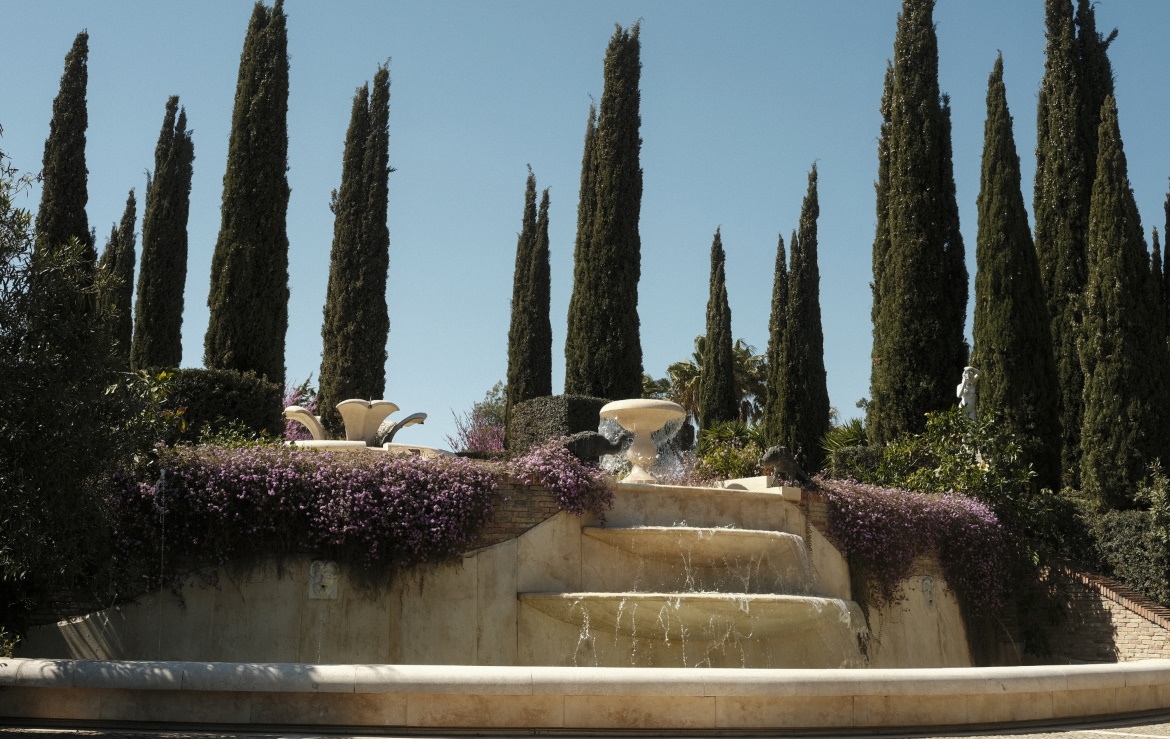 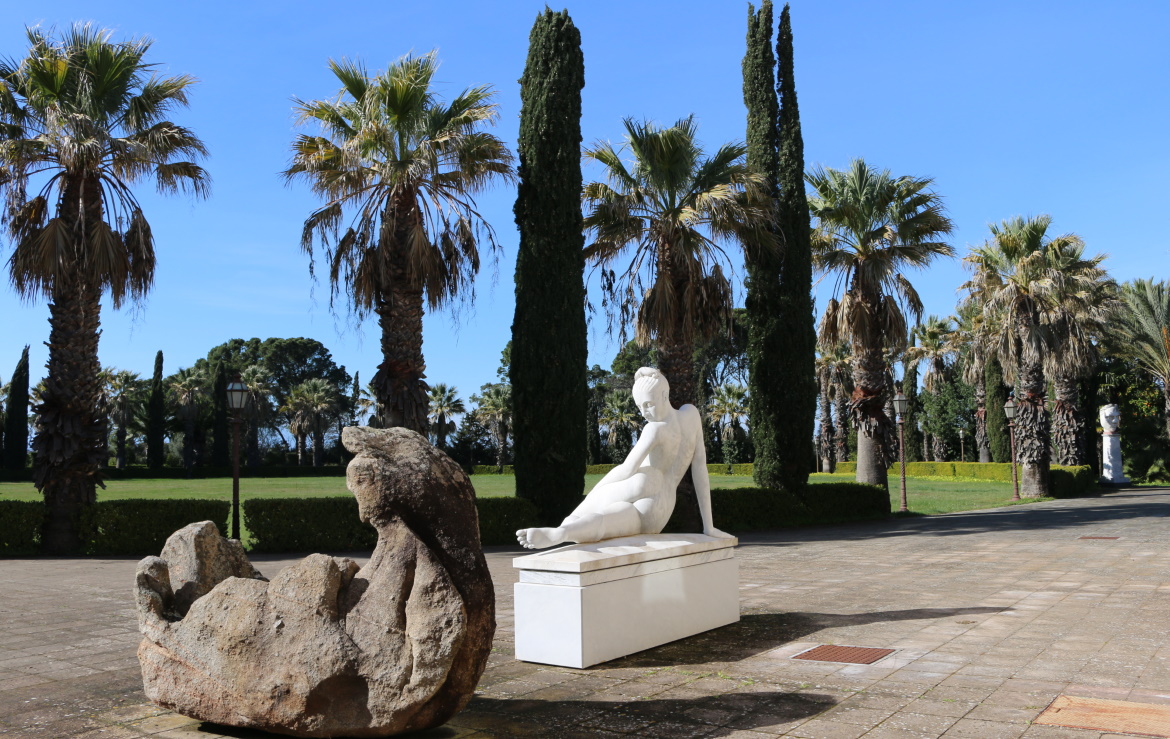